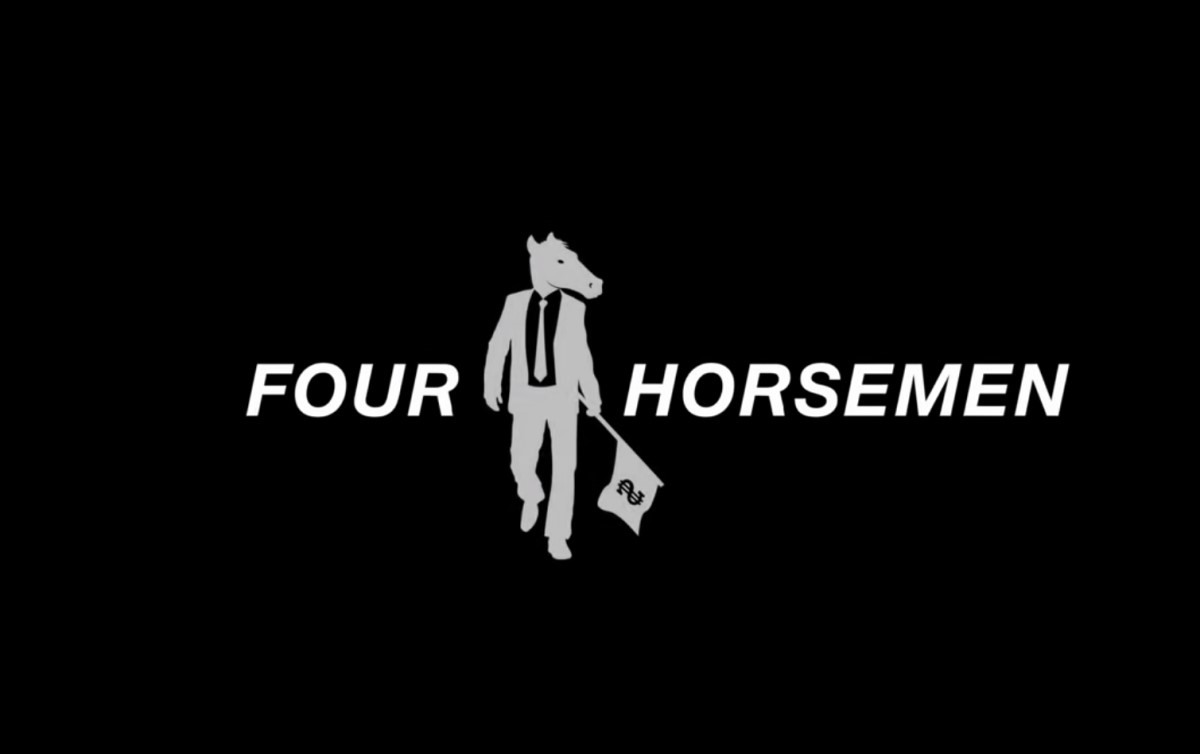 SUBSCRIBE 69K
RenegadeInc.com brings you FOUR HORSEMEN – an award winning independent feature documentary which lifts the lid on how the world really works.
As we will never return to ‘business as usual’ 23 international thinkers, government advisors and Wall Street money-men break their silence and explain how to establish a moral and just society.
FOUR HORSEMEN is free from mainstream media propaganda — the film doesn’t bash bankers, criticise politicians or get involved in conspiracy theories. It ignites the debate about how to usher a new economic paradigm into the world which would dramatically improve the quality of life for billions.
Subtitles available in English, French, Greek, Spanish and Portuguese.
“It’s Inside Job with bells on, and a frequently compelling thesis thanks to Ashcroft’s crack team of talking heads — economists, whistleblowers and Noam Chomsky, all talking with candour and clarity.” – Total Film
“Four Horsemen is a breathtakingly composed jeremiad against the folly of Neo-classical economics and the threats it represents to all we should hold dear.” – Harold Crooks, The Corporation (Co-Director) Surviving Progress (Co-Director/Co-Writer)
Follow us on https://www.twitter.com/Renegade_Inc on
https://www.facebook.com/RenEconomist or visit our website
http://www.renegadeinc.com Support us by subscribing here http://bit.ly/1db4xVQ
Share this post
Previous
Next